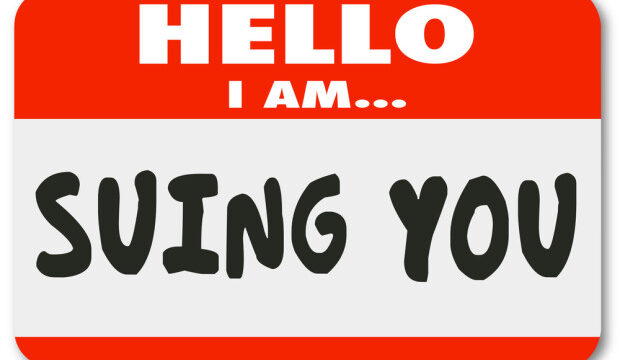 Employers are asking if Executive Order N-62-20, which creates the COVID-19 Presumption of workplace injury, will inadvertently open employers up to personal injury lawsuits from 3rd parties, who claim to have contracted the disease from an infected employee.

The Order is unique in that it covers all employees, not just those in select occupations, and it creates a presumption of injury for a highly-contagious communicable disease, one that can easily be transmitted by infected employees to others, unlike presumed compensable hernias, for example.

To help illustrate the risk, let’s review a hypothetical example:

John is a repairman for ABC Company. He visits customer locations to perform routine maintenance and repairs on ABC equipment.  John was furloughed for a while after shelter-in-place and put back to work in the field on May 15th. He was not tested before going back to work, but was given gloves and a face mask to wear by ABC.

John usually took the gloves off while repairing because they interfered with the fine tactile handling of equipment. He wore the mask at customer locations but pulled it down after he got there because it made it difficult for him to breathe.

John was working through June 1st, felt sick that day, went to his doctor after work and tested positive for COVID-19.

John is covered by the presumption, because he was working away from home for ABC after March 19, 2020, and tested positive for the disease within 14 days of his last workday (indeed, it was the same day). For a full analysis of the Executive Order, visit COVID-19 Presumption blog post.

John’s last field visit before going to the doctor was Mary’s home-office. Mary lives and works alone and has diligently complied with shelter-in-place. John was the first person to visit the inside of her home since March.  She only let him in because the ABC equipment in her home-office had to be fixed for her to run her business from home. A few days later, Mary came down with COVID-19, became very ill and sued ABC.

Is Mary’s lawsuit barred by the exclusive remedy rule?

Although the language of Labor Code § 3600(a) refers only to dependents, claims by non-dependents also have been barred by the exclusive remedy doctrine. The Court of Appeal has stated that Labor Code § 3600 excludes employer liability to any person whatsoever by reason of the injury accruing to the employee, whether such person be a dependent or non-dependent. Seide v. Bethlehem Steel Corp., 169 Cal. App. 3d 985, 987 (1985). An employer is not liable for collateral damages to third persons whose rights, at common law, were derivative from those of the employee. Gillespie v. Northridge Hosp. Foundation, 20 Cal. App. 3d 867 (1971). Accordingly, the exclusive remedy doctrine has been used to bar claims by non-dependent parents and adult children that are derivative of an employee’s injuries.

In our illustration, Mary may argue that ABC’s allegedly negligent oversight of John’s behavior while in the field (e.g., allowing him to remove his gloves and lower his mask while working in her home) unreasonably exposed her to COVID-19.  While it was employee John who directly exposed her, arguably her claim against ABC is not “derivative from those of the employee” as described by the court in Gillespie, and is instead independent of his claims. Further, she is not John’s dependent as described in Labor Code § 3600(a).

Alternatively,  Mary may claim that ABC concealed John’s infection by not testing John before sending him back into the field, allowing her to get around the exclusive remedy rule under Labor Code § 3602. RTGR Law’s Senior Partner Bill Armstrong reviewed a lawsuit filed recently under this fraudulent concealment theory in his LinkedIn post.

If Mary’s lawsuit is not barred by the exclusive remedy rule, can she prove her COVID-19 infection was caused by ABC?

If her lawsuit was not dismissed based on the exclusive remedy rule, to then prevail Mary normally would have to prove that: (1) ABC caused John’s infection, and (2) that John caused Mary’s infection. Proving the first point, until recently, would have been a significant challenge for Mary in court.  However, Executive Order N-62-20, which creates the COVID-19 legal presumption of workplace injury, does the job for her.

As to the second element, we can look to the case of Kesner v. Superior Court of Alameda County, where the California Supreme Court held that the duty of employers to exercise ordinary care in their use of asbestos includes preventing exposure to asbestos carried by the bodies and clothing of on-site workers. If it is reasonably foreseeable that workers, their clothing or personal effects will act as vectors carrying asbestos from the premises to household members, employers have a duty to take reasonable care to prevent this means of transmission. The Supreme Court held that this duty extends only to members of a worker’s household. Because the duty is premised on the foreseeability of both the regularity and intensity of contact that occurs in a worker’s home, it does not extend beyond this circumscribed category of potential plaintiffs. Kesner v. Superior Court, 1 Cal. 5th 1132 (2016).

Under Kesner, employers may be responsible to non-employees if it was reasonably foreseeable that workers, their clothing, or personal effects will act as vectors carrying the COVID-19 virus from the employer’s premises or from their employees with presumed compensable COVID-19 infections. Mary may argue that COVID-19 presents a different nature of contagion than the asbestos fiber contamination discussed in the Kesner case. If she prevails in that argument, then with the help Executive Order N-62-20, Mary may prevail in her lawsuit against ABC.

Summary: There is no question that Executive Order N-62-20 creates significant Workers’ Compensation exposure to California Employers. Some say those numbers are in the millions or billions. There is also legitimate concern that the Order will inadvertently open up employers to additional exposure from personal injury lawsuits brought by  3rd parties, who claim to have contracted the disease from an employee with a presumed work-related infection.

RTGR Law LLP will continue to monitor these develops and build sound legal defenses for California employers. We will post updates here and on our LinkedIn page. Be sure to follow us to stay current.

To help folks understand the effects of the Order creating the COVID-19 WC presumption of injury, RTGR Law has recorded a 1 hour On-Demand Webinar available on YouTube, summarizing the Order; the program is available 24/7 and is eligible for 1 hour of claims adjuster CE credit. You can find the PDF of the Webinar here: COVID-19 WC Presumption Webinar PDF

RTGR Law tackles the most challenging claims and controversies on behalf of California public agencies and employers. That’s what sets us apart. Our COVID-19 team is ready to help right now with legal strategies. If you have questions about the presumption or would like strategic help on any complex case, send an e-mail to your closest RTGR Law office: