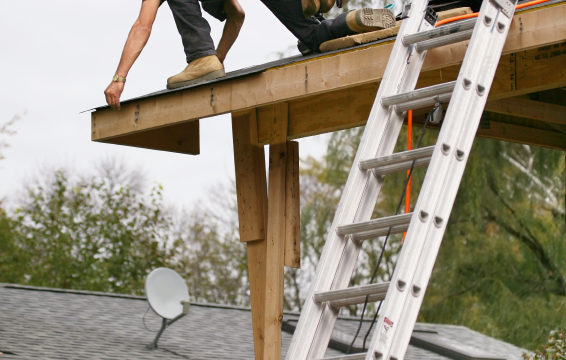 Subrogation in the News

Workers’ Compensation subrogation was in the news recently when RTGR Law’s head of Subrogation and Employment Law, Tom Richard, was quoted by KTVU news regarding a subrogation claim for $142,000 filed in federal court.

About Subrogation: Under California law, an employer can either self-insure for Workers’ Comp, by posting a bond and being approved by the state, or else purchase a Workers’ Comp insurance policy from an insurance company.  Often, larger employers and public agencies are self-insured.

When a worker claims he or she was injured by a third-party while on duty, the worker can both file a Workers’ Comp claim against their employer and file a lawsuit in state or federal court against the third-party. If the worker was on-duty at the time, Workers’ Comp recovery is often automatic and mandated by law, because it is a “no-fault” system.

In the event the injured employee has sued a third party and his/her employer has paid Workers’ Comp benefits and is self-insured, the employer itself is permitted to file a subrogation lien in court.  When the employer is insured for Work’s Comp, their insurance company files the lien.

Either way, the subrogation claimant is asking the court to be reimbursed for the Workers’ Comp benefits they already paid to the worker/plaintiff, as required by law, if and when the plaintiff prevails in their lawsuit against the third party.

Subrogation law in California allows for these liens in order to avoid double recoveries, so that a plaintiff does not get paid twice for lost time from work and medical costs, both in Workers’ Comp and then again in state or federal court. It avoids double-dipping.

What Should Employers and Insurers Look For? Upon receipt of a worker’s compensation claim, the adjuster or emplyer should consider the following questions:

The answer to any of these questions can lead to a third-party who may be held liable for the accident and the employee’s resulting injuries, thus providing a basis for subrogation recovery.  Even if an employer’s actions/inactions contributed to the accident, that does not preclude subrogation.  It merely limits the amount of recovery.

How Does it Work?  Most employee accidents caused by a third-party are potential subrogation cases. These include, but are not limited to: (1) off-site slip and falls; (2) automobile accidents; (3) equipment defects; (4) toxic exposures.

Subrogation discovery delves deeper into investigating the cause of injuries, specifically looking into who is liable for the resulting injuries.  This includes not only serving written discovery on the at-fault third-party(ies), but also deposing percipient witnesses.  Expert discovery may also be needed regarding the cause of the accident, the injuries sustained and the reasonableness of the cost to treat the injuries.

Depending on the injuries sustained, an employee’s workers’ compensation claim may take longer and resolve after the civil case settles.  This will likely occur when the injured employee is anticipated to need future medical care, such as surgeries or additional therapy.  Ideally, the injured employee, employer and at-fault third-party will enter in to a global settlement that includes all parties and resolves both the workers’ compensation claim and the civil lawsuit.

In matters where only the civil lawsuit resolves and the injured employee receives a monetary settlement, the employer will have the right, pursuant to California Labor Code Section 3861, to receive future credit for the net settlement recovery received by the employee.  Ideally, the employee will stipulate that the “net recovery” credit will be applied to the further workers’ compensations benefits, including permanent disability payments and future medical care.

Even if the employer declines to intervene in the civil matter or assert a lien, it does not waive the  right to credit for the “net recovery” in the injured employee’s workers’ compensation case.  Curtis v. State of California ex rel. Dept. of Transportation, (1982) 128 Cal. App. 3d 668, 683.

What Should Employers and Insurers Do? Regardless which route the employer decides to take, once the employee files a civil lawsuit against a potential at-fault party, the employer should provide the employee with notice regarding its right to reimbursement, and retain a knowledgeable subrogation attorney to secure reimbursement of those benefits.

To find out more about your rights and RTGR Law’s subrogation practice, please contact subrogation partner, Tom Richard at tom@nullrtgrlaw.com or (510)338-3166.