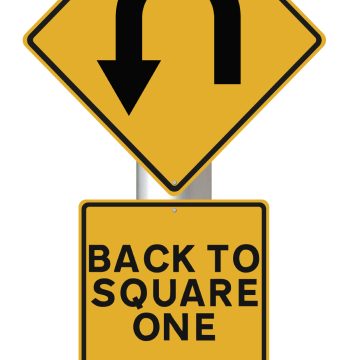 Voucher Disputes Must Be Heard at the WCAB

Applicant was injured while working as an inmate labourer for the Cal. Dept. of Corr. & Rehab. Defendant sent him a letter that it had regular, modified or alternative work available, but that he voluntarily terminated his employment due to his release from prison and was not eligible for the employment. Applicant filed for dispute resolution with the Administrative Director, who did not issue a determination, and so the dispute was deemed denied on Dec. 8, 2017.

On Feb. 6, 2018, applicant filed a DOR on the voucher issue. The WCJ concluded applicant was not entitled to the voucher because he did not timely appeal the AD’s determination. On Jan. 13, 2020, the WCAB issued an en banc decision to allow the administrative director (AD) to provide briefing on the validity of CCR 10133.54. The AD contended it had adjudicatory authority to resolve disputes over the SJDB and that its dispute resolution process is valid.

The WCAB en banc first held CCR 10133.54 was invalid. The WCAB has exclusive jurisdiction pursuant to the California Constitution and LC 5300 to adjudicate workers’ compensation disputes. CCR 10133.54 is invalid because it requires the administrative director to issue a written determination and order concerning a SJDB dispute and limits the period for parties to appear before the WCAB. CCR 10133.54 restricts and usurps the exclusive adjudicatory power of the WCAB because it exceeds the expressed language of LC 4658.5(c) and LC 4658.7(h). Those statues allow the AD to adopt regulations for the administration of the SJDB voucher. Neither statute authorized the AD to adjudicate SJDB disputes.

The WCAB then held the applicant was entitled to the voucher. It recognized that employment in a prison setting is unique in that inmate workers cannot return to an inmate job once they are released from prison, making it impossible for a prison employer to make a bona fide job offer. It held that an employer’s inability to offer regular, modified or alternative work does not release it from the statutory obligation to provide an SJDB voucher. Because the defendant could not extend a bona fide offer of regular, modified or alternative work, it could not satisfy the exemption to provide an SJDB voucher.

Analysis of the Decision:

The WCAB has been taking away the AD’s authority to adjudicate disputes where not authorized by statute. See Porcello v. State of California Department of Corrections & Rehabilitation, 2020 Cal. Wrk. Comp. P.D. LEXIS 9 – WCAB held CCR 31.1(b), which requires parties to request a replacement panel when a panel specialty is disputed before adjudicating the issue before the WCAB was invalid, because “nothing in the Labor Code precludes a party from submitting a panel specialty dispute to a WCJ prior to or instead of submitting the dispute to the Medical Director.”

So unless the Labor Code gives the AD authority to adjudicate an issue (e.g., IBR or IMR), the WCAB believes that only it may adjudicate a dispute. For the return-to-work issue, the WCAB precludes a defendant from arguing it “would have had” work available to an injured worker for the purposes of the voucher. To avoid liability for the voucher, the employer must offer modified or alternate work within the employee’s work restrictions.